Bicester Town Council has opened 12 of the largest play areas around the town.

People are being urged to remain cautious and vigilant. If a play area is busy, please return at another time.

Before any play area is reopened all equipment has been checked and cleaned and new signs reminding people to respect social distancing rules.

We ask that when using the areas, to be mindful of social distancing and to regularly wash and sanitise hands.

To find the nearest play area to you visit: https://www.bicester.gov.uk/play-areas/ 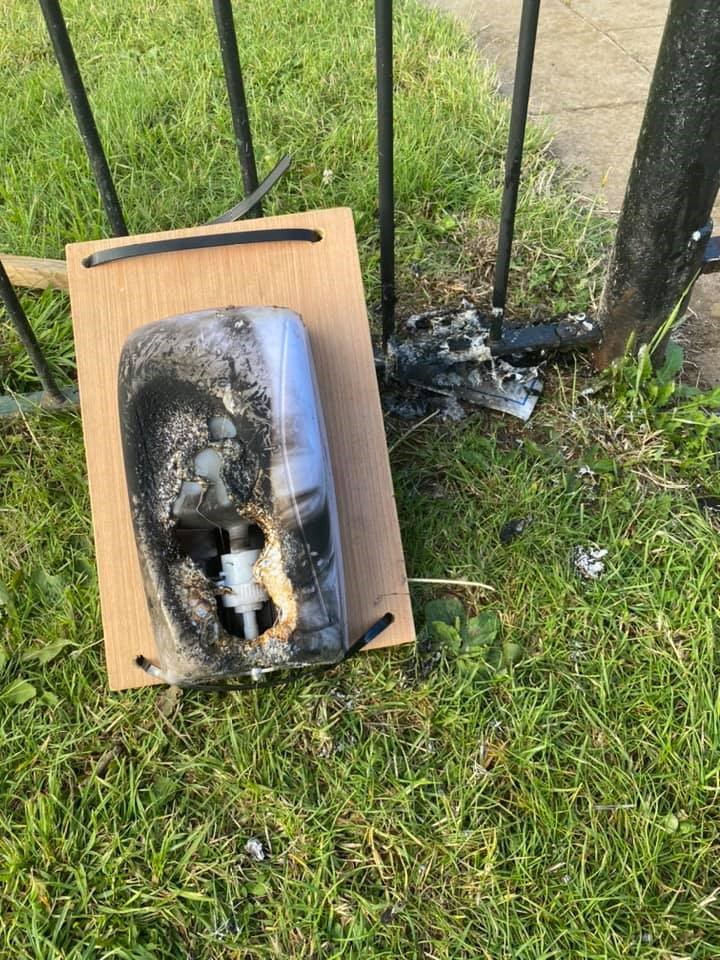 Residents reported a hand sanitiser station at Launton Meadows play area, off Manston Road, Bicester, had been pulled from its post and set on fire destroying the kit that had been installed as part of measures to keep children safe.

It is believed the incident happened some time over the weekend and police have been informed.

The bill for installing hand sanitiser stations and refilling has cost more than £2,000 so far in unplanned expenditure.

Bicester Town Council leader Richard Mould said: “I am absolutely appalled by what has happened at Launton Meadows play area.

“We are living in very difficult times and by reopening play parks we had hoped to give the town’s children a chance to have some fun and a breath of fresh air. We worked hard to make the play areas as safe as possible with new signs and the installation of expensive hand sanitiser stations.

“Now the enjoyment of those children has been ruined by the mindless few who have carried out such wanton destruction.

“The town council cannot afford to replace vandalised hand sanitiser stations and the actions of these vandals may result in parks being closed again.”

Play areas were closed as part of the full lock-down announced by the government in March due to coronavirus. Bicester Town Council look after more than 60 play areas and outdoor gyms, and staff are working to reopen more. Each play area must be inspected, cleaned and new signs and hand sanitising stations installed before they can reopen. 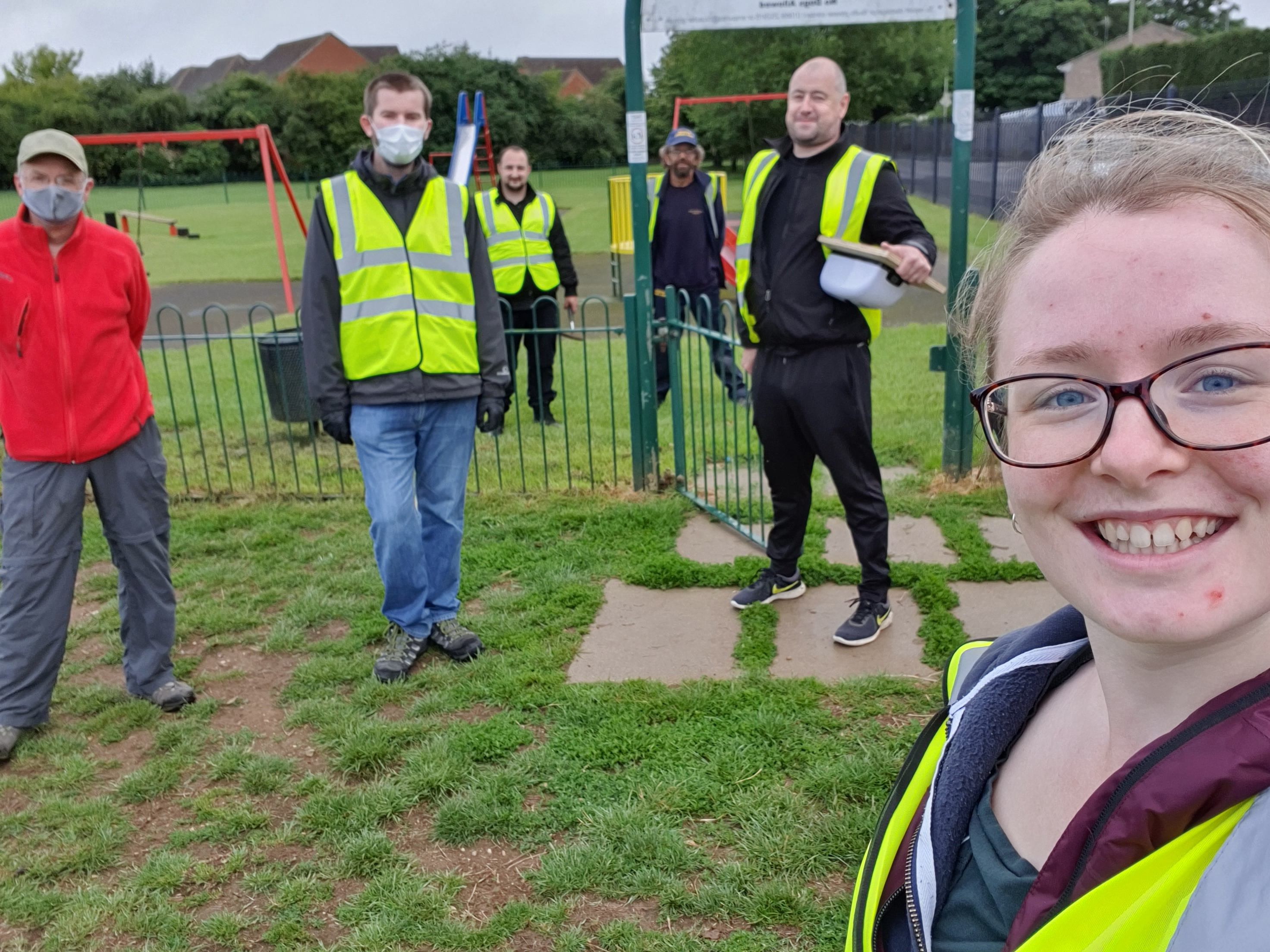 Residents young and old can start to enjoy play areas and outdoor gyms as lock-down restrictions are eased.

Bicester Town Council has re-opened some of its play and exercise facilities, but people are being urged to remain cautious and vigilant.

Before any play areas is reopened all equipment has been checked and cleaned and new signs reminding people to respect social distancing rules. Signs will indicate the maximum number of people, adults and children, who should be in the play areas at any one time.

Councillors and staff helped get the play areas ready to open and have also installed hand sanitiser stations at newly opened parks.

People are being reminded that council staff do not have the capacity to monitor or clean play equipment and it will be down to parents and users to ensure the equipment is cleaned before use.

Mayor Cllr Jason Slaymaker said: “We are delighted to be able to start opening play areas, I know children have desperately missed them.

“But we must also ask people to respect social distancing rules whilst they have fun.

“The council has funded the new hand sanitising equipment and we ask people to please look after it because it will not be replaced if it is misused. This equipment is there to try and keep everyone safe in these very uncertain times.

“We hope everyone will enjoy the play areas and we will endeavour to open more over the coming weeks.”

In total Bicester Town Council look after more than 60 play areas and outdoor gyms and they will only be reopened once inspections have taken place and new signs and hand sanitising stations installed.

Play areas were closed as part of the full lock-down announced by the government in March.

After the recent government announcement that play areas and outdoor gyms can reopen, Bicester Town Council is working hard to reopen these to the public and taking precautions to manage risk.

We will communicate further information when we can reopen these safely, these areas remain closed until this time.

A reminder that our play areas & outdoor gyms remain CLOSED in Bicester.
We are getting reports that play areas are still being used. We ask all residents to please follow the Government guidelines which are designed to safeguard us all during this time.
There are lots of outdoor spaces which can be used for playing safely outside.
For official Government Guidance, please visit www.gov.uk/coronavirus