Work is underway to build a brand-new £150,000 skate park in Bicester in a bid to boost facilities for young people.  This project has been three-years in the making, but it is hoped the new park will be ready to open in January.  The initiative has been jointly funded by Bicester Town Council, Cherwell District Council through developer contributions, Sport England, as well as fund raising by the young people themselves. 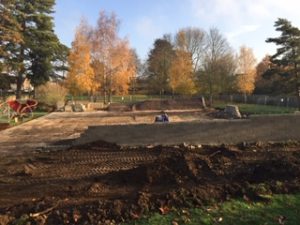 Councillors and Officers have worked in partnership with PC Vicky Lees, who led the initiative, and the young people to make the new park a reality.  PC Lees said she became involved in 2015 after reports of anti-social behaviour in the town centre, which included BMX riders and skateboarders riding in Pioneer Square.  She said the young people wanted a skate park they could use all the time, but the current facility was in a poor state of repair. So, she encouraged them to attend a town council meeting to raise their concerns – and the move set the ball rolling. 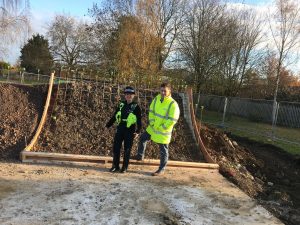 PC Lees said: “The young people made a conscious effort to keep the park clean and tidy and also set about fund raising. Behind the scenes I worked with the young people and was able to fund CCTV at the skate park, while the council worked to raise the money needed for the project.

“We are so excited to see this become a reality. The Olympics in 2020 are introducing BMX Freestyle and Skateboarding, just maybe our new skate park will attract potential Olympic hopefuls.”

Specialist skatepark firm Freestyle have designed and are building the new park. 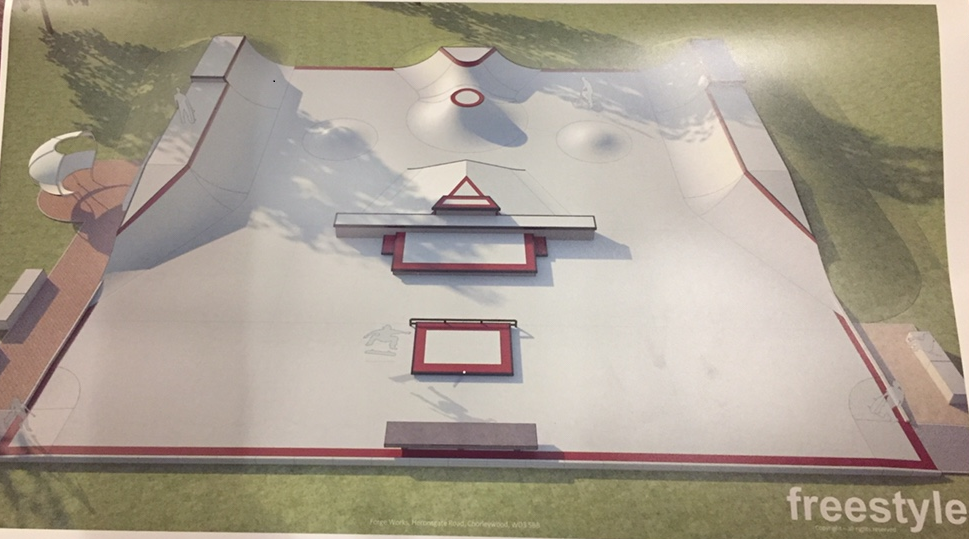 Cllr Jason Slaymaker, who is also deputy mayor, said: “Bicester Town Council was delighted to offer support to the young people to help raise the funds to build the new skate park.

“This facility is very popular with young people and we hope the new improved skate park will open up wheeled sports to a new generation.”

Work started in October and is due to be completed in January.